The Department of Defense awarded two contracts worth nearly $1 billion on April 9 for the construction of border walls in New Mexico and Arizona.

The department awarded $789 million to SLSCO Ltd., a builder based in Galveston, Texas, to replace a border wall in Santa Teresa, New Mexico. The department also awarded $187 million to Barnard Construction Co. Inc., a builder based in Bozeman, Montana, to replace pedestrian barriers in Yuma, Arizona. Both projects should be completed by October 2020.

According to a statement from the Pentagon, both contracts will be paid with Army funds. The statement didn’t specify whether the funds came from the $1.4 billion approved by Congress, the $3.1 billion shifted from other departments, or the $3.6 billion allocated for border wall construction via the emergency declaration by President Donald Trump. The Pentagon didn’t immediately respond to a request for clarification.

Santa Teresa, where the $789 million section of wall will be built, is part of the El Paso border sector, which has seen the sharpest increase in crossings. From October to March, apprehensions of illegal aliens in the El Paso sector grew 1,670 percent for family units, 333 percent for unaccompanied minors, and 60 percent for single adults, compared to the same period in 2018, according to the Border Patrol. 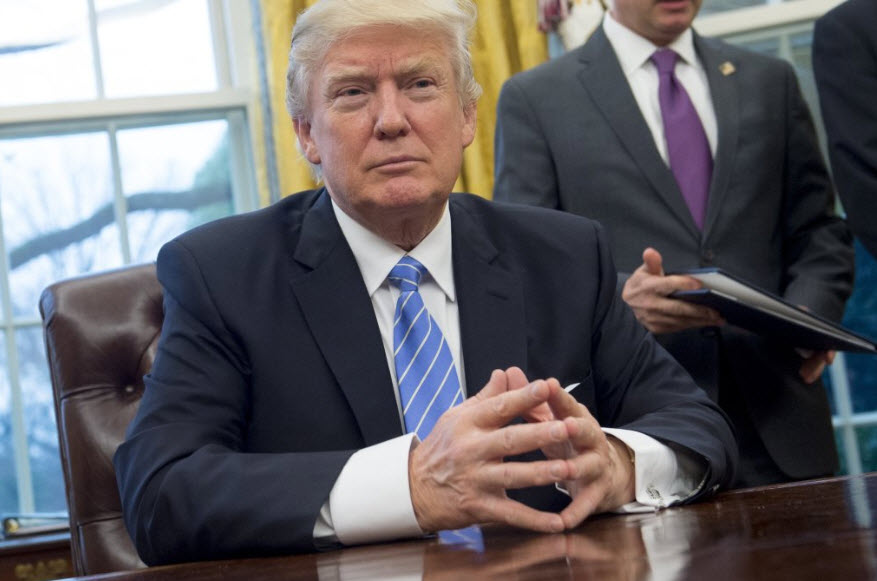 The Yuma border sector, where the $187 million border wall will be built, has experienced a 273 percent increase in illegal border crossings by migrants traveling as families from October to March compared to the same period a year earlier.

Border Patrol agents in the Yuma sector apprehended 3,679 unaccompanied alien children, 24,194 aliens traveling with a family member, and 3,520 single alien adults in the six months before the end of March.

During his campaign, Trump promised to build a wall on the border with Mexico. Despite staunch opposition from Democrats in Congress, he has secured more than $8 billion for wall construction this year.

Virtually all construction is occurring in sections of the border where older walls no longer meet Border Patrol’s operational requirements.

“You know, when we rip down an old wall and then replace it, it’s called a ‘new wall.’ And that’s what we’ve done. A lot of wall is going up. And every place we build the wall, it’s less and less,” the president added, referring to the decline in illegal border crossings in sections where walls have gone up.

The White House is in the midst of reshuffling the senior leadership of its immigration agencies. The leadership changes are part of Trump’s plan for a tougher approach to immigration.

The president said on April 10 that migrants are drawn to the United States because of the great economy and loopholes in the immigration system. The sharp increase in family units illegally crossing the border is largely attributed to a patchwork of policies which force immigration authorities to release family units into the interior of the country before their asylum claim are adjudicated.

The very fabric of America is under attack …

Our freedoms, our republic, and our constitutional rights have become contested terrain. The Epoch Times, a media committed to truthful, responsible journalism, is a rare bastion of hope and stability in these testing times.

While other media may twist the facts to serve political agendas, we deliver stories while upholding our responsibility to society.

We’ve reported truthfully on the current U.S. administration from the start. We reported on the real possibility of a Trump victory in 2016. We’ve led reporting on the Chinese communist threat since 2000; we have been exposing communist thought in our government, schools, universities, popular culture, and media; and we, like no other media, are rigorously investigating and exposing the unscrupulous agents working to subvert our society.

Stand with us in advancing a truly independent and truthful media—the way a free press was intended to be, as a cornerstone of the Republic. Your contribution allows us to continue piercing through the surface narratives of mainstream media, and provide you with a full picture.

Epoch Times editor-in-chief Jasper Fakkert urges you to support our independent media. We are asking you to help us raise $1 million to support our unique and truthful content.

Every contribution counts, big or small. We sincerely thank you for your continued support and encouragement in these critical times. The Epoch Times is published by The Epoch Times Association, Inc., a 501(c)(3) nonprofit. 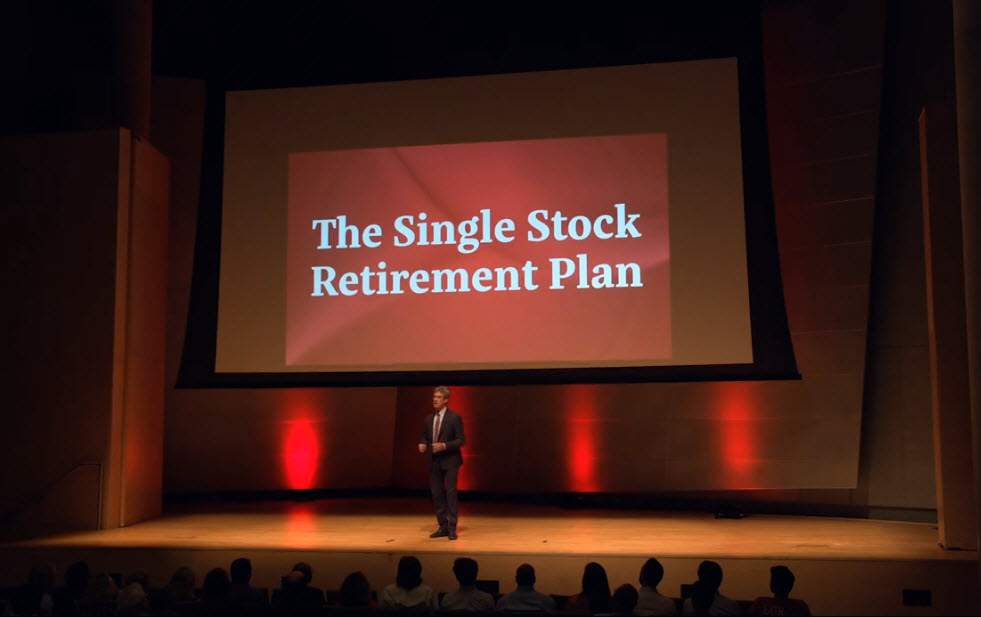 WASHINGTON—Ahead of his second meeting with North Korea’s Kim Jong Un, President Donald Trump said on Feb. 15 that the leader of Japan had nominated him for a Nobel Peace Prize for his work to open up a dialogue with the reclusive country.

Prime Minister Shinzo Abe “gave me the most beautiful copy of a letter that he sent to the people who give out a thing called the Nobel Prize,” Trump told reporters in the Rose Garden when asked about his upcoming summit with Kim later this month in Vietnam.

“He said, ‘I have nominated you, respectfully, on behalf of Japan. I am asking them to give you the Nobel Peace Prize.’”

South Korean President Moon Jae-in, who also has credited Trump with starting negotiations with North Korea, has endorsed him for the Nobel Peace Prize as well.

Trump said early exchanges with Kim were filled with “fire and fury,” but since their first meeting last year in Singapore, the two have established a good relationship. He said Abe nominated him because he was worried about North Korea conducting missile tests over Japan.

In 2009, President Barack Obama received the Nobel Peace Prize for laying out the U.S. commitment to “seek the peace and security of a world without nuclear weapons.”

“I’ll probably never get it, but that’s OK,” Trump said. “They gave it to Obama. He didn’t even know what he got it for.”

A group of 18 House lawmakers signed a letter formally nominating President Donald Trump for the 2019 Nobel Peace Prize for his efforts to bring peace to the Korean Peninsula on May 1, 2018.

“Since taking office, President Trump has worked tirelessly to apply maximum pressure on North Korea to end its illicit weapons programs and bring peace to the region,” said the letter drafted by Rep. Luke Messer and signed by 17 Republican House members.

The formal nomination came on the heels of a statement from South Korean President Moon Jae-in that “Trump should win the Nobel Peace Prize.” Japanese Prime Minister Shinzo Abe and South Korea’s Foreign Minister Kang Kyung-wha had both credited Trump for the breakthrough.

“His Administration successfully united the international community, including China, to impose one of the most successful international sanctions regimes in history,” the letter said. “The sanctions have decimated the North Korean economy and have been largely credited for bringing North Korea to the negotiating table.”

Messer had floated the idea of nominating Trump for the prize since March 2018.

“The only reason the North Korean dictator is coming to the table is because President Trump has stared him down and shown him that we have a leader in America who means business and who has changed the dynamic in major ways,” Messer told Fox News. “That’s why I think he has to be considered for the Nobel Peace Prize.”

When Trump spoke about the breakthrough with North Korea during a rally in Michigan last year on April 28, the crowd began chanting, “Nobel, Nobel, Nobel.”

Trump faced the threat from North Korea head-on early in his presidency while dealing with a battery of high-stakes crises at home and abroad. The communist regime’s dictator, Kim Jong Un, tested several missiles purportedly capable of reaching the United States and detonated what Pyongyang said was a hydrogen bomb.

Trump responded with firm threats of military action and a corresponding relocation of firepower to the Korean peninsula. Simultaneously, the president spearheaded an unprecedented sanctions regime and forged alliances with key players in the region.

The Associated Press contributed to this report.